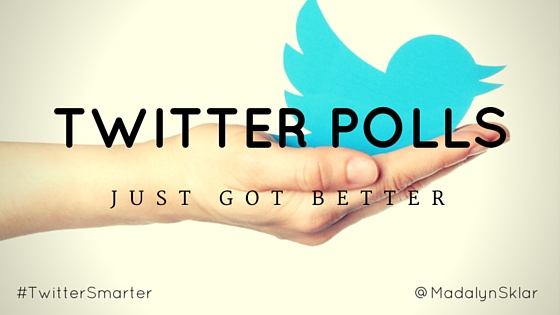 Have you tried the new Twitter poll? There are so many great uses for this new feature. And it just got better since its launch in late October.

Twitter has expanded the poll answers from two to four. This is great news because now you can collect much more information that will help you better assess your community. Of course polls can also be used for fun and fanfare. Regardless of how you use your polls, we have more options now.

At the end of October, Twitter launched the new Poll feature. It’s a great way to ask questions to get valuable feedback from your Twitter community. My issue was that you could only have two options for answers. I found this to be quite limiting. But it didn’t stop me from using polls. Sure, there are instances when two answers are desired. I’m a fan of options and am glad we are no longer limited.

As you’ll see in these examples, I was able to collect interesting and valuable information from my community. The first few were during our two answer limitation. I’ll also show you a few examples from my colleagues.

I put together a simple poll to see whether people preferred Twitter or Instagram. This was done simply out of curiosity. The final results were unexpected. I thought I’d have more people that would select Instagram considering its popularity right now. I didn’t think it would win out or even be 50/50. I thought Instagram would be about 30-35%. I know I’m asking people on Twitter this question, but I still thought more than 14% would have chosen Instagram. This is exactly why polls are great. You get instant information from your followers.
[Tweet this!]

Do You Listen To Podcasts?

I’m a podcaster, take a listen to my #TwitterSmarter podcast, and I was curious how many people listen to them. Within minutes I had over 1,000 responses. I was like, “what?” Turns out a famous activist lent a hand. See below. In the end I had over 3K votes.

Who was behind my viral poll?

The poll above went a bit viral thanks to civil rights activist DeRay McKesson. He retweeted my post to his followers and they immediately shared their two cents. I think it’s important to note that had I only gotten say 50 votes, I think it would have still been split 50/50. I know my community. But do keep in mind, when something like this goes viral it’s no longer about your followers. I was now unintentionally polling DeRay’s large community. 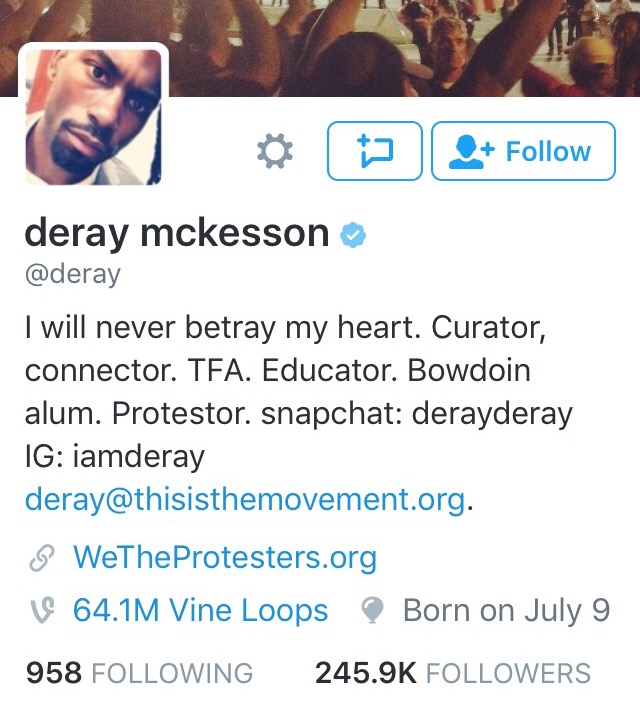 This poll was conducted by my good friend and colleague Adel de Meyer. You may recall last month some of us were fussing about the new Twitter hearts. I thought Adel’s poll was indicative of what my peers thought about it.

There was no surprise here as I asked my community how often they get on Twitter. Now that I have four possible answers I feel I can get a truer response.

My friend and colleague Roy Oliver posted this interesting poll. When you vote, the check mark shows your response. I love how on the flip side as a voter you can instantly see the results. 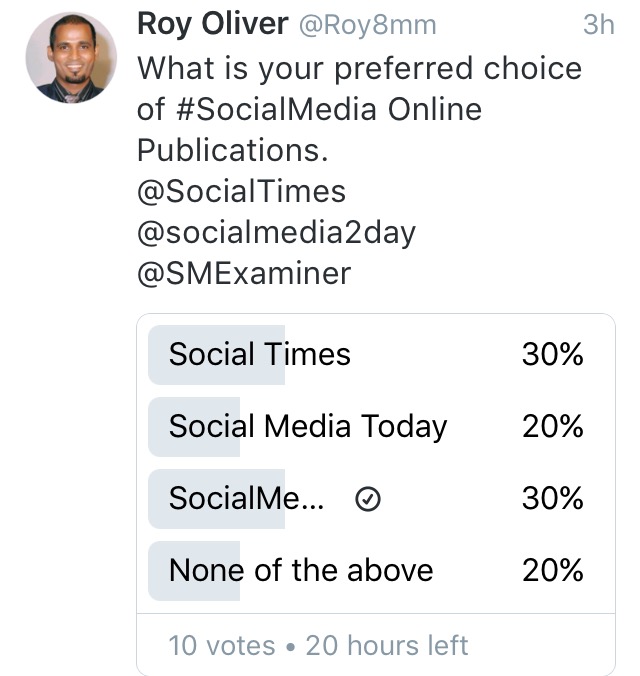 Twitter Polls are a helpful way to gather valuable information and opinions from your community. Now that it’s expanded from two answers to four, you have the ability to compile much more than before. I love seeing people take charge and utilize this new functionality. What do you think of Twitter polls? Are you using them? I’d love to see. Feel free to comment below and share your thoughts.

Check out Buffer’s The Complete Guide to New Twitter Polls: What They Are, How They Work and 9 Ways to Use Them