Is Twitter Still Relevant? Hear My Thoughts on Inside Story TV 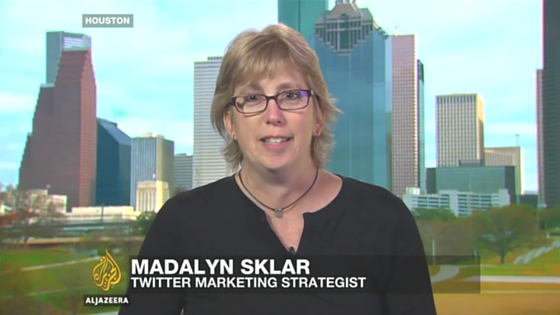 Twitter turned 10 years old this week! The international channel Al Jazeera featured a topic on Twitter talking about whether it’s still relevant after all these years. The network invited a three-person guest panel to give insights into the impact and implications of Twitter in our world today. I was honored to be one of the guests and very excited to share my thoughts on it both then and now.

On our 10th birthday we thank you for making history, driving change, lifting each other up, and laughing together every day. #LoveTwitter

Check out the interview below as we discuss things like the challenges Twitter is facing right now, how it’s being used today, Twitter’s social implication, some controversies it’s facing including the issue on bullying and people farming, addiction to Twitter, and whether Twitter is still fun to use.

I love the power of Twitter! I mentioned how in 2008 a US protester in Egypt tweeted the word “arrested” and it was echoed worldwide.

Personally, I think Twitter is what you make of it. It’s about being real and transparent. At the same time, people are listening on Twitter. People do pay attention. They are watching what others are talking about. So listening is critical. You’ve got to listen to the conversations.

“When it comes to @twitter it’s all about being real & transparent. People are listening, they’re smarter than we think” @MadalynSklar

I don’t think Twitter has lost its identity either. Sure it’s gone through changes especially in the past year but I don’t see Twitter losing its impact or power.

Ultimately, it boils down to Responsible Tweeting. Just because you have a readily available communication platform does not mean you can degrade or discriminate other people. Yes, it’s about being authentic and genuine, but it’s also about using good judgment with the information you put out there, be it on Twitter or any other social network.

just setting up my twttr

Thank you for an incredible 10 years. We can’t wait to see what you Tweet next: https://t.co/H7GZBf5TMN