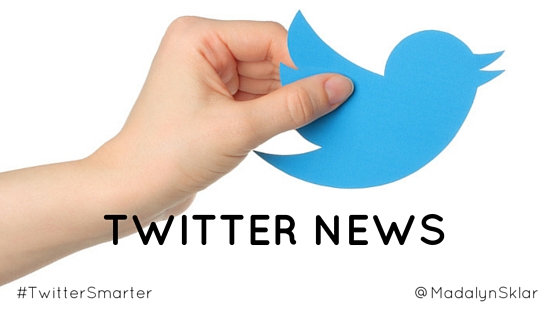 Exciting news in the world of Twitter. The social giant announced today we’ll soon be able to supersize our tweets without losing its 140 character limit. What does this mean for marketers? We can become more expressive and creative with images, videos, GIFs and even polls without having to sacrifice valuable text space. It will also become easier to communicate with others when we reply. @names will no longer count towards the 140-character limit. That’s a nice win! And as a marketer, I’m equally excited about the ability to Retweet ourselves. This will be fun and interesting.

Here’s the breakdown of changes according to Twitter’s blog:

As stated in the New York Times:

“Twitter’s unique syntax and 140-character limit have held the service back,” said Debra Aho Williamson, an analyst at the industry research firm eMarketer. “Twitter has been saying for years now that it wants to make the service more user-friendly, and I think users will really appreciate having the ability to say what they want to say in the way they want to say it.”

These new changes are expected to take place in the next few months to allow developers time to update hundreds of thousands of products utilizing the Twitter API. This will make for a much smoother transition.

What do you think of these new changes? Take my poll and tell me about it!

What do you think of Twitter exemptions of 140 character limit?