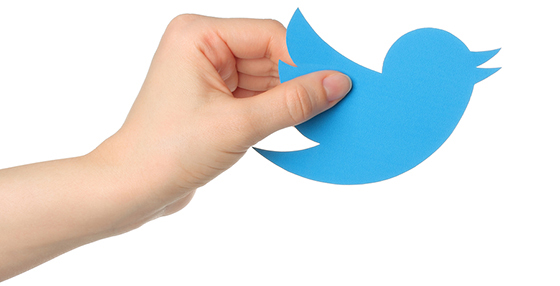 This is a guest post by Pankaj Narang. He’s the Co-Founder of Socialert, a hassle-free way to track Twitter hashtags and keywords.

Do you know 64 percent of twitter marketers generate leads using the platform with 20 percent conversion rate.

Brands use Twitter to promote their events, content, to generate leads and engage with prospects and existing customers. Additionally, they use Twitter to offer customer support.

So how can you take advantage of Twitter, which has over 316 million active monthly users to grow your business?

In this article you’ll learn about the 7 powerful and actionable ways brands market themselves on Twitter.

A hashtag campaign incentives the brands to organize tweets by users, using a particular hashtag.

To rise above the clutter, brands are infusing their campaigns with interactive elements such as custom-made emoji’s. Taco Bell created #TacoEmojiEngine – you could tweet @TacoBell the taco emoji and any other emoji of your choice and receive a response from one of their 600 unique taco inspired phots, gif’s or sounds.

Tools such as SociAlert, Hashtagify.me and RiteTag will help you research and analyze hashtag campaign.

Coca-Cola USA partnered with Musical.ly for their “Share a Coke and a Song” campaign. Instead of the Coca-Cola name on the coke package, they feature lyrics of songs which reflect their brand values of optimism and refreshment. They designed a Coca-Cola emoji for the campaign.

The results of this campaign were:

#2. Use Photos, videos and GIF’s make your tweets visually appealing

Visuals such as photos, videos and GIF’s offer a compelling way for your Twitter followers to learn more about your brand and its message.

What’s more? Twitter’s data team dug out the following statistics (from thousands of verified users and by studying 2 million tweets) to confirm the power of visuals:

Starbucks Coffee uses Twitter to engage with their followers – to introduce a new flavor, respond to disgruntled customers and entertain their audience. Their branding focuses on people and their lifestyle and not the product itself.

Netflix uses a combination of images, videos and GIF’s about their existing and new shows to keep their audience engaged. (They get 170 retweets on an average for each of the photo and video they post.)

Use Twitter contests and giveaways to boost engagement, increase followers, reach and visibility and to promote your business in a positive way.

The different types of Twitter contests you can run are:

Airbnb created #LiveInTheMovies campaign during the 2016 Oscars wherein they asked people on Twitter on what movies they wanted to live in. They suggested listings which matched the movie locations.

The result? A staggering 63 million impressions.

The best practices to look into while running a Twitter contest are – use a customized hashtag, have an impending deadline, use Twitter ads to promote the contest and continuously tweet about it.

Dell India has recently come up with an interesting contest regarding Mother’s Day. Nevertheless, they managed to keep the theme relevant to their brand.

#4. Use Influencer marketing to reach out to a newer and relevant audience

An influencer marketing campaign is designed to tap into an existing community of loyal and engaged followers. An influencer is a specialist in a particular niche and has managed to establish high trust and a two-way communication with her/his followers.

Nearly 40% of Twitter users say they’ve made a purchase as a direct result of a Tweet from an influencer.”

Some of the examples of brands running influencer marketing campaigns are:

These travel influencers helped the brand generated more pictures, reviews and blogs about the lesser known places in MP.

#5. Paid promotions to generate leads, build an audience and amplify the reach of your content

The four types of paid Twitter promotions commonly used by brands are:

Before running a promotional campaign, make sure that the tweet makes sense even to users not familiar with your brand. Users not acquainted with your brand shouldn’t need a strong context of who these tweets came from.

When LG wanted to promote a new phone in UK, they ran a marketing campaign which included a Promoted Tweet (#LGTicketHunter).

During a Twitter chat, participants communicate with each other using a common hashtag. As the participants are related to your domain, it becomes easier for you to get in touch with industry leaders.

#Bufferchat is conducted by the Buffer team every Wednesday. Improve your brand’s visibility by adding as much value as you can to the chat. This also helps you get noticed by the industry leaders and prospect participants in the chat.

#7. Use social listening to measure your results and re-strategize your efforts

500 million tweets go out every day. A whopping 30 percent mentioning your company don’t include your Twitter handle. This means there are more conversations happening about your brand than with your brand.

With a social media listening tool, you are notified of your brand’s mention even when the user fails to mention the brand’s twitter handle.

The benefits of social media listening are:

Zappos was able to have a conversation with a user, who didn’t mention their handle. Without performing social listening, they could have missed the tweet. 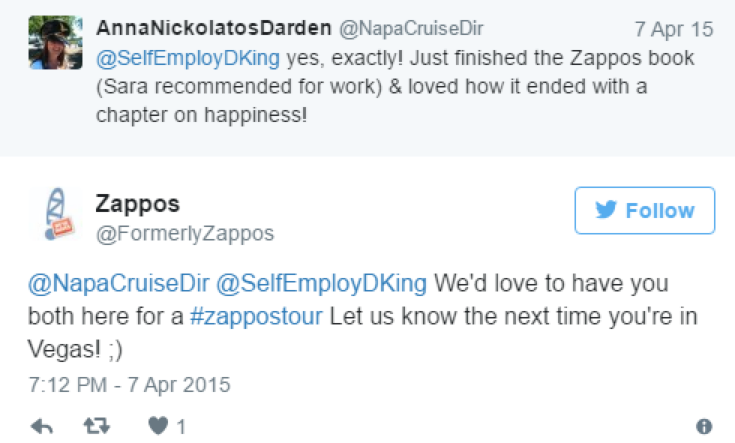 Twitter is an invaluable tool for businesses using Twitter to increase their brand awareness, generate leads and customer support. While it limits the users to 140 characters, businesses can use those characters to pack a punch.

The most common question brands and marketers ask is – “How can we use Twitter effectively for our business?”

Read through the 7 strategies mentioned here are use the 2 or 3 which suit your business the most.

You don’t need to reinvent the wheel when so many companies are successfully using Twitter for their business. Learn from their success.

About Pankaj Narang
A social media marketing enthusiast, Pankaj is determined to shape his ideas into perfect products. CoFounder of Socialert, he believes in coming up with engaging tools to redefine the face of digital marketing. Know more about him at his blog blog.socialert.net