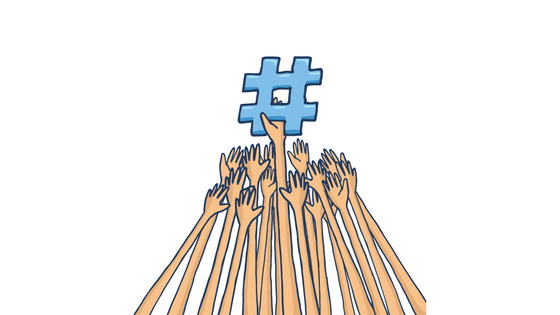 This is a guest post by Pankaj Narang. He’s the Co-Founder of Socialert, a hassle-free way to track Twitter hashtags and keywords.

What Is A Branded Hashtag?

Hashtags are a familiar term nowadays. They are used properly and effectively by every blogger on social media. This makes them a vital element of nearly all social and content marketing platforms out there such as Twitter, Instagram, Facebook, Tumblr, Pinterest, and Google+. Though, it has evolved into a main driver of effective social media initiatives and user engagement programs.

Still confused about branded hashtags? Don’t worry, and don’t feel left out as you are not alone. Hashtags are keywords or phrases used to describe a theme or a topic. For instance, the term dogs can be a hashtag, so can the phrase Australian shepherd training. The first is a broad word while the second is a very specific phrase.

Hashtags were initially intended to group or categorize content on the basis of subject matter. However, the term has now been adopted by all social media platforms and has deeply cemented its place in the culture.

Branded hashtags are unique and appealing to your business. They can simply be your company tagline, name, or your product’s name. Or, a branded hashtag may not be related to your brand name, but is inextricably linked to your brand identity. They are designed to link themes for your audience and can be used to promote a specific campaign or collect user-generated content.

Creating a hashtag is very simple, you need to place this sign (#) before the relevant word or phrase and do not use any punctuation or spaces (even when you are using multiple words) – for example, #Dogs and #AustralianShepherdTraining.

When it is posted, a hashtag automatically turns into a clickable link. Anyone can simply click on it and arrive at a page that features all the posted feeds that contain that specific hashtag.

Twitter users place a hashtag in their tweet to group them in a manner that makes it easier to find and enable others to follow tweets related to that particular theme or topic. It is a simple way of categorizing the topic of a tweet. For instance, typing #Hamilton into your Twitter page search box and pressing enter will fetch a list of related tweets, associated with the Broadway musical. 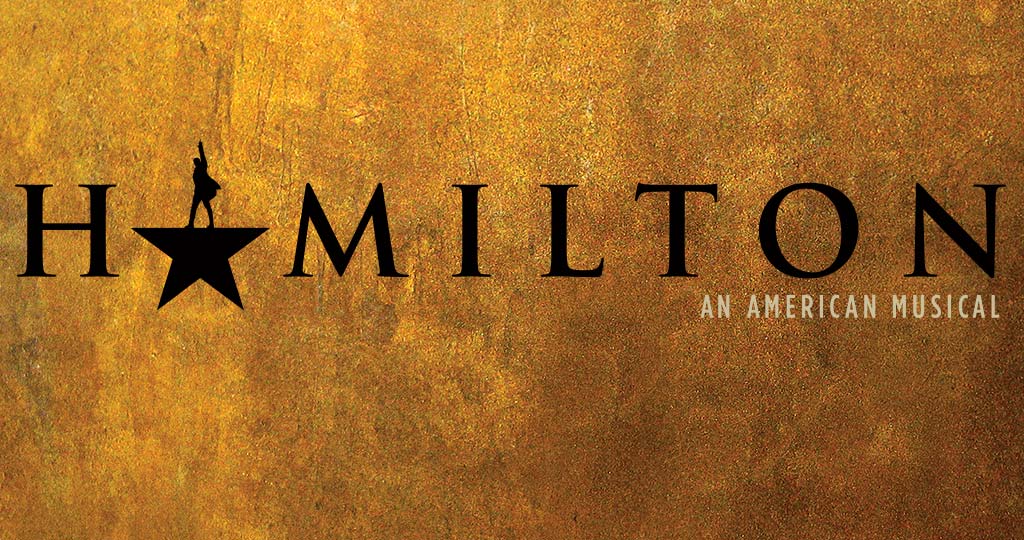 Your results page will provide various options to filter this list. You also have the option of choosing to display live feeds and tweet feeds that contain several links to the latest news stories, videos or photos. Clicking More Options will reveal a menu that will let you filter different tweets depending on their location and source. You also have the option of saving and embedding your search or conduct an advanced search.

Using an Instagram hashtag is among the best ways of growing your business Instagram account. If you are tech-savvy and use the right hashtag, it can assist you in exposing your brand name to both large and precisely targeted audiences. You can vastly increase your chances of attracting new customers, securing more likes, and improving customer engagement by the use of hashtags. 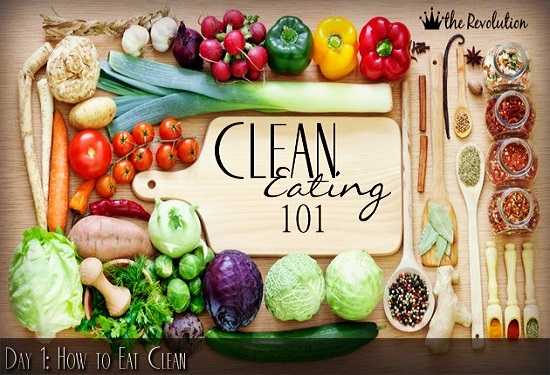 Like most marketing campaigns, an effective hashtag campaign requires a clear strategy and precise goals. Once you work out your plan, the kind of campaign you are running will naturally present itself. We have listed a few main types of hashtag campaigns below.

A hashtag contest campaign is the simplest way to get your fans to interact with your brand. It entails a person posting their picture or tweet on a suitable social media platform, then tagging the picture or tweet with a specific and unique hashtag your business has opted for.

With specific hashtags, you can spread the word regarding your campaign and expose your business and products to new users. You get your audience to talk about your products or business to their networks and at the same time, you can collect user-generated content as well.

A while back, Lay’s ran a hashtag contest campaign #DoUsAFlavor, asking their audience to pitch ideas for a new flavor. With $1 million up for a grab, the campaign got an overwhelming response on Twitter and put Lay’s in the limelight overnight. We all can learn a thing or two from Lay’s and come up with an engaging contest idea like this.

Product placement campaigns are quite popular and allow brands to collaborate with different influencers on social media. This often involves including a company’s logo, product or service into the content of a digital influencer in a flattering, creative or engaging manner. This type of campaign is considered the quickest route if you intend to get your brand’s name out there.

However, it is important to keep in mind that your product placement initiative must not come across like an infomercial. If a blogger or influencer posts a picture of your product on her/his social media profile using a caption such as buy this, it is not likely to be received well. In this case, followers will not find the post trustworthy or reliable.

The Share a Coke initiative has been immensely successful and is a perfect example of the product placement hashtag. The company has been successfully producing both cans and bottles of their soft drink label that reads “Share a Coke With…”

How you feel on a hot day after that first sip of Coca-Cola… #RefreshingMoments #ShareaCoke pic.twitter.com/wMl3XjVbb3

This hashtag campaign has not only garnered a massive number of Tweets, it has also provided Coca-Cola the opportunity to come up with new sub-campaigns.

These days, visual content is certainly dominating on every social media platform including Twitter. If you want to catch your audience’s attention, then you should work on a photo hashtag campaign. This involves the uploading of photos that are clicked particularly for the campaign.

Needless to say, it is one of the best ways to get your entire community involved while boosting the overall reach of your tweets. Since photos have a far better impression on Twitter, these kinds of campaign ideas can go a far way. You can be as creative as you want with these campaign ideas in order to make them more engaging.

Disney Parks in collaboration with Make A Wish Foundation strengthened their partnership by initiating the #ShareYourEars hashtag campaign. This campaign has fairly simple rules – for each picture featuring Mickey Mouse ears along with this hashtag either on Twitter, Facebook or Instagram, Disney donates $5 to the Make a Wish Foundation.

#ShareYourEars and change someone's world! Learn how you can help contribute to Make-A-Wish: https://t.co/CBQqbmKHQl pic.twitter.com/k6HY7pQeUY

The hashtag campaign really took off during the coming days, with Disney donating nearly $2 million to the foundation, even though they were not very optimistic about it initially. Through this hashtag campaign, the brand was able to enhance customer perception of brand image and raise brand awareness.

Gone are the days when any run of the mill idea was enough to get you noticed on social media. These days, brands are collaborating with influencers to get their campaigns a boost. There are lots of third-party tools that can help you look for the right kind of influencers. You should collaborate with someone who is associated with your brand or industry.

Additionally, you should be a little cautious while driving an influencer Hashtag campaign. You should not over-sell your product. Give your influencers the liberty to drive their own content and value their inputs. Do your own bit of research and learn how to run an influencer marketing campaign beforehand.

For instance, a while back, Smule and LG collaborated with Nick Jonas while running their #SingwithLG campaign. It was an instant success as the huge following of Nick Jonas escalated its reach with a single tweet. This ended up being a clear win for LG and Smule.

#SingWithLG & me. Record our duet on @smule to win @LGUSAMobile prizes + 1 grand prize winner gets to meet me: https://t.co/957fdos86u #Ad pic.twitter.com/6pa4MNJnNs

If you are not getting enough engagement on Twitter, then you can always run a sweepstake. Associate it with a Hashtag campaign so that you would be able to measure its reach and calculate your ROI. Simply let participants grab amazing prizes for a retweet, follow, mention of someone else’s username, and more.

Mostly, in order to be eligible for a sweepstake, users need to follow a brand and retweet their content. This results in an immediate boosting of your follower count while increasing the overall engagement on your account as well. For instance, House of Houston ran a #PowerUpHTown camping and collaborated with Reliant Energy while running an engaging sweepstake like this.

#PowerUpHTown #ad Who's ready for 2nite?!? Want a @JHarden13 jersey? RT for our MVP/follow @reliantenergy for a chance to win! #Rockets50 pic.twitter.com/7VDGLpEuEU

These days, people love to share the experience of an event on social media platforms like Twitter. If you want to make the attendees of an event your social media ambassadors, then you should certainly promote an event-based hashtag campaign. Not just to propagate the reach of your event while it is taking place, it can also help you to create a pre and post-event buzz.

Additionally, you can have a tweet wall at the event as well. This will further encourage your attendees to post tweets by including the designated Hashtag. Besides running a live streaming of tweets, it can also help you to get trending on Twitter. Recently, Billboard organized their Women in Music event, with the #WomenInMusic campaign. The hashtag was used by Billboard, artists, attendees, and viewers to get it trending on Twitter.

Lighting is everything. Guests getting that perfect ? at #WomenInMusic, courtesy of @AmericanExpress #ad pic.twitter.com/0aHvK4TMGC

Now when you know how to work on different kinds of hashtag campaigns, you would certainly be able to redefine your marketing strategy. Go ahead and work on your next hashtag campaign and share your experience with our readers in the comments below.