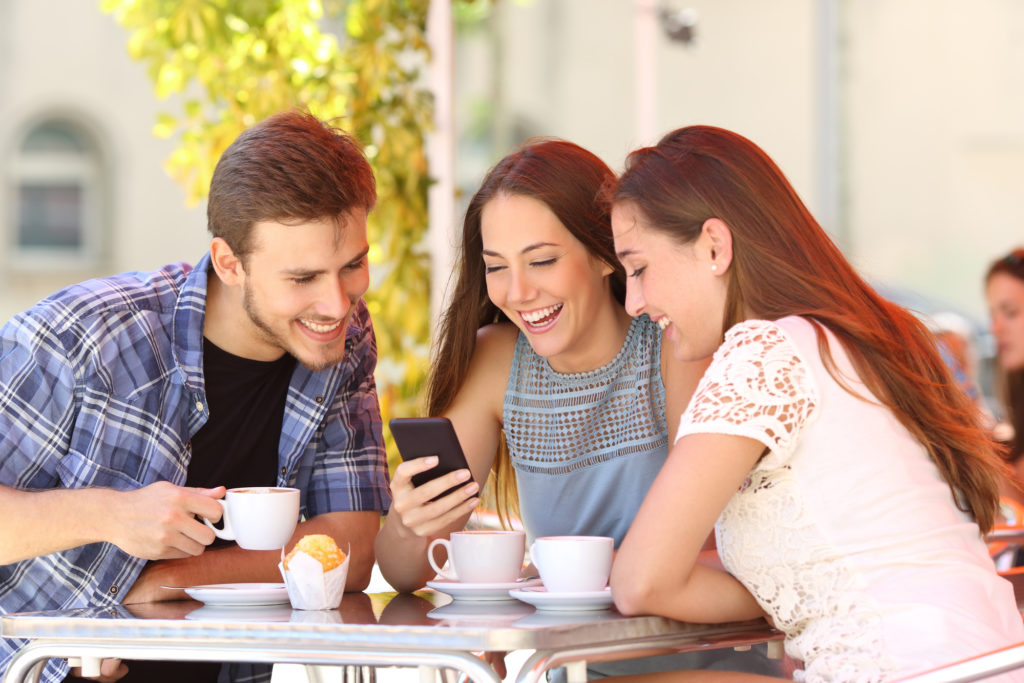 Whether you’re a Twitter newbie or you’ve been on the platform since the early days, there are a few things you should be doing and some you should avoid!

Once you’ve gotten the hang of these Twitter do’s and don’ts, you’ll be a pro in no time at all. Plus, you’re sure to see your audience and engagement skyrocket as a result!

To get started, let’s dive into all the things you should be doing if you want to be successful on Twitter! From setting up your profile to posting content, these are the top tips you need to know.

The first of my Twitter do’s is to make sure you have taken the time to optimize your profile. Think about the impression someone might get when stumbling upon your profile for the first time. Will they clearly understand what you’re all about? Does your profile leave them wanting to follow you? If not, you need to make some changes!

First and foremost, you want a great profile image so people can see who you are. Leaving the default Twitter egg there is one of the fastest ways to send visitors away from your profile! You also want to add a header image that grabs attention and showcases what you’re all about. You can see mine above, which gives them a few details about me and the kind of content I’ll be sharing. Your bio should do the same.

Let people know what they can expect if they follow your tweets. They want to know what’s in it for them and what kind of value they’ll get from you!

While we’re on the topic of optimizing your Twitter profile, you also want to pin a tweet to the top of your page. This is very valuable real estate that you should be taking advantage of, which is why it needed to be its own separate tip.

You can use this space to pin your latest blog post to provide high-quality content for people to consume. This is something I typically do because it’s also a great way to boost traffic back to your site. Another option is to pin your latest offering or a lead magnet too generate conversions. It’s totally up to you what you do with your pinned tweet. Just make sure you’re using this space wisely!

3. Be Consistent With Posting

To be successful on Twitter, you want to make sure you’re posting regularly. You simply cannot expect to see audience growth or a boost in engagement if you’re only posting a couple times per week. Ideally, you should be tweeting fresh content every single day.

In fact, CoSchedule recommends tweeting about 15 times per day for the best results. Ask yourself if you’re currently posting enough. And if you aren’t, see if you can come up with some ideas for new posts that you can schedule.

Another one of my Twitter do’s is to plan some of your content in advance. Doing this is actually a great way to be more consistent with your posting if you find that’s something you struggle with. Plus, it allows you to be more strategic with the tweets you share.

If you’re using Twitter as part of your business strategy, you probably have some goals you’d like to achieve with your overall social media presence. Well, you can set those goals and then take the time to plan out the tweets that are going to help you get from where you are now to where you want to be. It’s that simple! You want to make sure Twitter is working for you.

5. Use Visuals to Make Your Tweets Eye Catching

If you want your tweets to stand out in a busy feed, make sure you’re adding visuals that are going to grab attention and get you noticed. This could be a graphic you’ve created, a GIF, or even a video. It’s important to test and see what your audience responds to.

Including an image helps this tweet stand out more when someone is scrolling through their feed.

For those who aren’t convinced that it makes a difference, Hootsuite shared some stats that might change your mind:

And considering 500 million tweets are sent each day, you want to take advantage of anything that can help you get noticed by your target audience.

Hashtags are essential on Twitter because they’re a great way to help your tweets be seen by even more people. And don’t you want to expand your audience and get more eyeballs on your content? Of course!

But there are a few things to keep in mind when adding hashtags to your tweets. First, you want to make sure they’re relevant to the topic you’re discussing, otherwise it won’t do you much good. Second, it’s smart to search the hashtag beforehand to make sure it’s active. Inactive hashtags won’t help you gain traction on your tweet. And third, stick to just one or two hashtags per tweet, as this is Twitter’s own recommendation. Any more than that and you could see engagement decline.

7. Frequently Engage With Others to Build Relationships

By now, you’ve probably heard me say that social media is meant to be social. And if you aren’t having conversations with others online, you’re missing the point! It’s essential that you’re taking the time to initiative conversations, respond to the replies you receive, etc.

This is the best way to establish relationships and get to know new people while they get to know you at the same time. For those building a business, this is just the first step to cultivating the Know, Like, and Trust Factor, a crucial element in turning a casual follower into a customer.

8. Keep an Eye on Your Analytics to Improve Your Strategy

Be sure to regularly view your Twitter analytics. It’s available on your desktop on the left side pull-down menu. Click on “More” and then “Analytics.” Or go directly to this link: https://t.co/8WRP5jPRDG#TwitterSmarter pic.twitter.com/tIBAn6w6GV

Your analytics hold a wealth of knowledge about what kind of content resonates with your audience and what doesn’t. That’s why using your analytics is one of my Twitter do’s. A lot of people forget that Twitter has built-in analytics that house a lot of beneficial data. You can use this as a way to create more of the content your audience wants to see, thus steadily improving your content strategy overall.

9. Follow People You’ll Get Value From & Organize Them Into Lists

If you aren’t following people on Twitter, there’s really no point in being on the platform! You want to follow those who will add value to your day through the content they share. Follow people who provide you with informative content, those who provide entertainment, and anyone else who grabs your attention.

One of my Twitter do’s that I feel a lot of people neglect is using Twitter Lists. And they can really come in handy once you start following a lot of people. Create lists that house your favorite people, experts on specific topics, etc. This way, you can easily find and consume the content you want at any given moment.

Be sure to check out my post all about how to use Twitter Lists for more tips!

10. Be Yourself & Let Your Personality Shine Through

And finally, the last thing on my list of Twitter do’s is to be yourself. Social media is much more fun when you embrace who you truly are and let your personality shine through in the content you share. Being someone you’re not is exhausting. And in time, people will see right through you! Be proud of who you are and show that off.

Now that we’ve covered all of the important Twitter do’s, let’s talk about the don’ts. These are things you should make sure you’re avoiding at all costs, otherwise you might send your followers rushing to click that “Unfollow” button!

For those who have been on Twitter for a while, you probably remember a time when people went a little crazy with the automated direct messages. These DMs would appear in your inbox immediately after following someone, so you knew they weren’t genuine. They were being sent by a third-party service as a way to boost engagement or conversions. While many brands claimed to have success with them, it was more of a nuisance to most users.

To put it simply, don’t spam your followers with auto DMs or anything else of the sort. It’s just not cool and it’s the fastest way to lose your audience.

When you put yourself out there on social media, you open yourself up to a world of criticism from other users. That’s just the reality of the internet sometimes. If someone sends you a negative tweet, you want to avoid reacting poorly right off the bat. That’s a Twitter don’t!

Instead of lashing out with a snide remark of your own, take a moment and review the tweet in question. Was this person merely offering some constructive criticism that you can learn from? It’s possible! But if not, determine if this person is just a troll that spends their time intentionally putting others down.

In the case of a troll, simply ignore the tweet and block the user. There’s no need to have that negativity showing up in your notifications again in the future.

Trend-jacking (or newsjacking) is utilizing a trending topic on Twitter as a way to jump into a conversation that’s already taking place to establish new connections and generate awareness of your brand. However, this tactic has gone wrong for businesses in the past.

In fact, here are three trend-jacking fails that we can all learn from. The lesson here is that it’s okay to jump in on trending topics. But you really need to do your research first. Determine why a topic is trending and understand its origin before posting that tweet.

Have you ever been afraid to unfollow someone because you were worried about offending them or hurting their feelings? Yeah, you aren’t alone! But here’s the thing… You have every right to follow and unfollow whoever you want. You don’t need to feel pressured to follow everyone who follows you. Nor do you need to feel obligated to unfollow someone whose content isn’t resonating with you. Your social media feed should be a positive place and there’s nothing wrong with being selective about who you follow.

15. Don’t Focus on Selling All the Time

One way to put off your followers is if you’re constantly selling, selling, selling. While it’s absolutely okay to share a few promotional tweets, you want to balance it out with some high-quality, valuable tweets that don’t ask anything of your audience.

Be of service first. Then, when you’re ready to share a post where you’re asking for the sale, your audience will be more inclined to check out your offer and potentially buy.