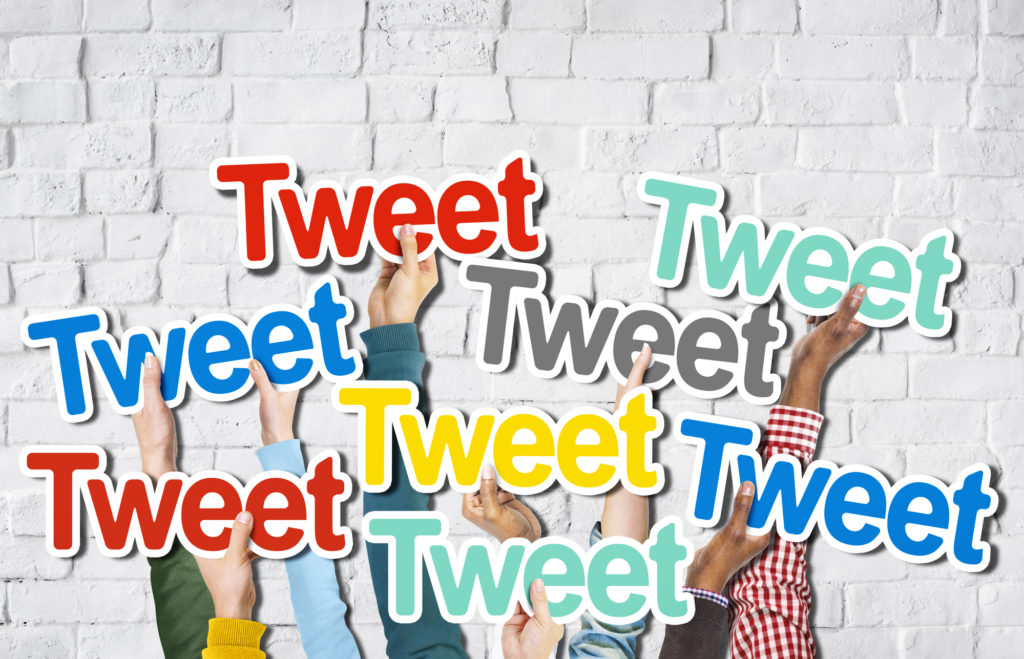 Well, there’s no need to worry! This post is breaking down all the basic terminology you need to know if you want to become a master of the Twitter platform. It addresses everything you want to know, but were too afraid to ask.

From chat to lists, retweets, and trending topics… Here are the Twitter terms every user needs to know moving forward:

A bookmark on Twitter is kind of like bookmarking websites that you want to remember and have easy access to later on. If you come across a tweet that you really like or that you want to revisit at another time, you can bookmark it to view later. Your bookmarks are private, so you don’t have to worry about anyone else seeing what you’ve saved.

This is one of those Twitter terms you might not be 100% familiar with yet, as this feature hasn’t been around for long at this time. But it’s definitely worth trying out!

If you’ve never joined a Twitter chat before, let me just say that you’re really missing out! Chats give you the opportunity to share your expertise, learn from others, and make connections with people from around the world… All in a single hour!

They typically take place on a weekly basis, so you can easily schedule them into your calendar so you never miss your favorites. For instance, my #TwitterSmarter chat happens every Thursday at 1 PM Eastern. Chats have a host that will share questions to encourage the conversation. Sometimes there are even guest hosts that join in, which is beneficial because they can be great to learn from. All you have to do is share your answers to the questions that have been asked, while also engaging with other participants.

Essentially, Twitter chats are a fantastic way to bring like-minded people together. If you want some tips before you join a chat, read my complete guide to Twitter chats. It shares how you can make the most of the experience.

If you want to have a private conversation with someone on Twitter, it needs to go down in the DMs… Your direct messages. This allows you to exchange messages with one other person or a group of people. In most cases, the recipient of your DM will need to follow you in order for you to have the ability to send a message.

Your Twitter feed, also known as “timeline,” is where you’ll see all of the updates from people you follow. This is one place where it’s easy to get sucked in and before you know it, you’ve spent an hour on the platform!

The group of people who follow your Twitter account are simply referred to as “followers.” They have chosen to see your tweets in their feed, so they’ll potentially see everything you post or retweet. And they may even see tweets you’ve liked or replied to.

Does anyone else remember the days when the # symbol was referred to as “pound” and not as a hashtag? Yeah, that’s definitely long gone! On Twitter or any other social media platform, adding # before a word creates a hashtag. This then enables you to click on the hashtag and you can see other posts using the same hashtag. It can help generate more traction for your tweets, as they’ll be discovered by more people.

Twitter has shared some tips on how to use hashtags on the platform, in which they state it’s best to use no more than two per tweet! Get their tips here.

Even though Twitter Lists have been around for a long time now, they still seem to be rather underutilized. Far too many Twitter users are failing to take full advantage of them! But what are they? Well, a list is a curated selection of Twitter accounts that you want to follow.

For example, you can create a list of your favorite social media experts. Then, when you access the list, you’ll see only tweets from their accounts. It helps you cut through the noise of an otherwise busy platform so you can see the posts that are most important to you.

Lists can be public, which means that anyone on the platform can subscribe to and follow your list. Plus, people will be notified when they’ve been added to a public Twitter List. Or you can make it private so it’s for your eyes only. People won’t be notified that they were added to your list and no one else can subscribe to it.

A mention or “@mention” is how you tag someone in your tweet. Doing this means your tweet will show up in their notifications. You’ll want to use this feature when sharing someone else’s content or if you want to publicly reply to or send a message to someone.

This is one of those Twitter terms that you probably hear all the time. But if you’re not familiar with a retweet, you likely want to know what it actually means. Well, retweeting is just a way of sharing a post from another Twitter user. Instead of saying “share,” it’s much cooler to say “retweet,” don’t you think?

With the click of a button, you can retweet someone else’s post as is or include a comment to add your own thoughts before posting it to your feed. Then, everyone who follows you will be able to see it.

Saying something is “trending” is another one of those Twitter terms that has been around for ages. It basically means that it’s a hot topic that a lot of people are talking about in real-time. And you can view trending topics in the sidebar of your Twitter feed. This can be customized based on your preferences and whether you want to see trending topics for your country, another country, or worldwide.