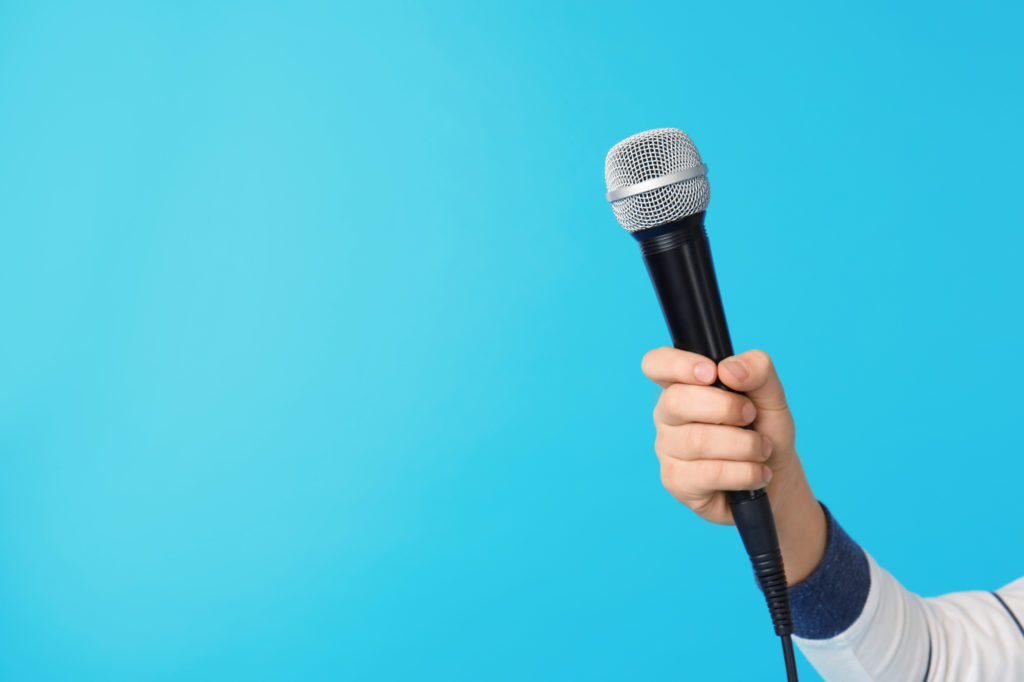 However, you might be wondering what it’s all about and how it works. Not only that but is it something you should focus your attention on? Since I’ve had the chance to give it a good test run as a beta tester, I wanted to share some tips with you in this post so you’ll be ready to use it yourself.

This new feature officially launched for beta testing in December 2020. It’s essentially like Twitter’s very own version of Clubhouse. It functions the same way in that you host a room and people can listen to your conversation live. It’s audio-only, so there’s no need to be camera-ready as you won’t be on video. Think of it like a live podcast recording or even a radio show without the music. The benefit is that your audience can easily jump in and share feedback! 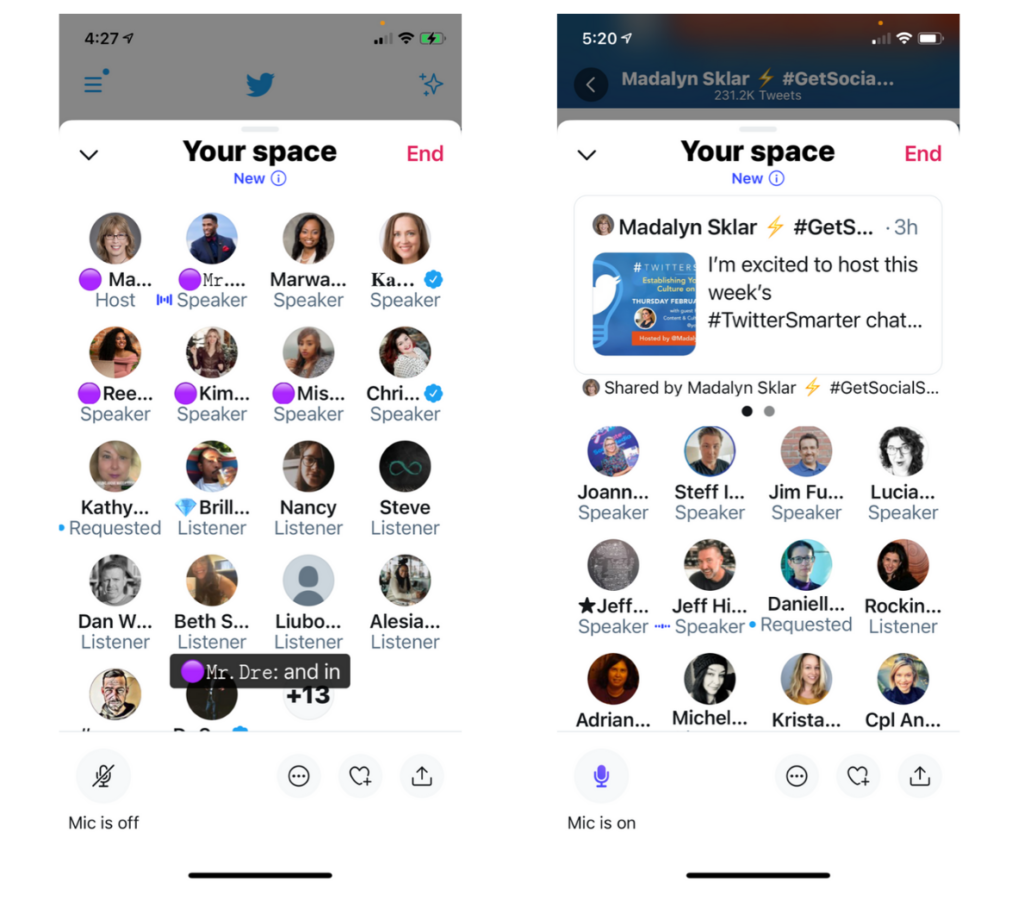 Even though Twitter Spaces is expected to create some big competition for Clubhouse, it already has some pretty nice features that Clubhouse lacks. For example, emoji reactions, which allow listeners to offer feedback without having to actually speak. And you can also turn on transcriptions (spot them in the above image on the left), which is great for people who are hearing impaired. At some point, Twitter says they will be available to download after the conversation ends which would be great for repurposing. And you can even share tweets inside your Spaces, which get pinned to the top of the screen, as you can see in the above image on the right.

Twitter Spaces is available for both iOS and Android versions of the Twitter app. Be sure to download the most recent update to ensure it works properly. As of 5-3-21, if you have 600 or more Twitter followers you can start hosting your own live conversations. In addition to that, you can also join Spaces and participate as either a listener and even request the ability to speak in other people’s rooms. As of this writing, all rooms are public.

I highly recommend jumping onto Twitter Spaces when you see one taking place. This way, you’ll have an opportunity to get a feel for this new feature. Look for them where Fleets are at the top of your Home screen. When you see a purple glow, that’s Spaces. You can also find links to them in tweets. 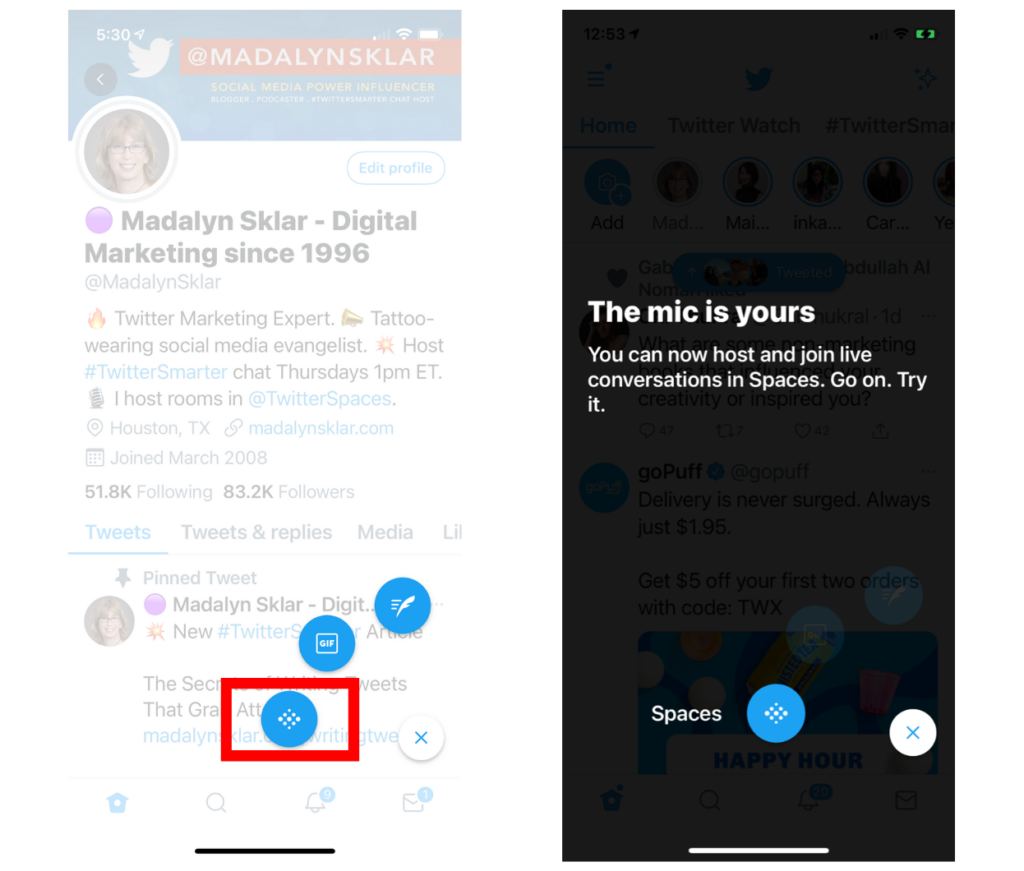 If You Want to Host a Space

What you’ll need to do is long-press on the “compose” button in the bottom right-hand corner. This is the same button you’d tap on when you want to write a new tweet. However, when you long-press, a few options will appear, including Spaces if it’s available to you.

The other option is to tap on your profile image in Fleets. Then, you can scroll through the selections there (text, camera roll, capture, etc.). All the way to the right, you’ll find Spaces. 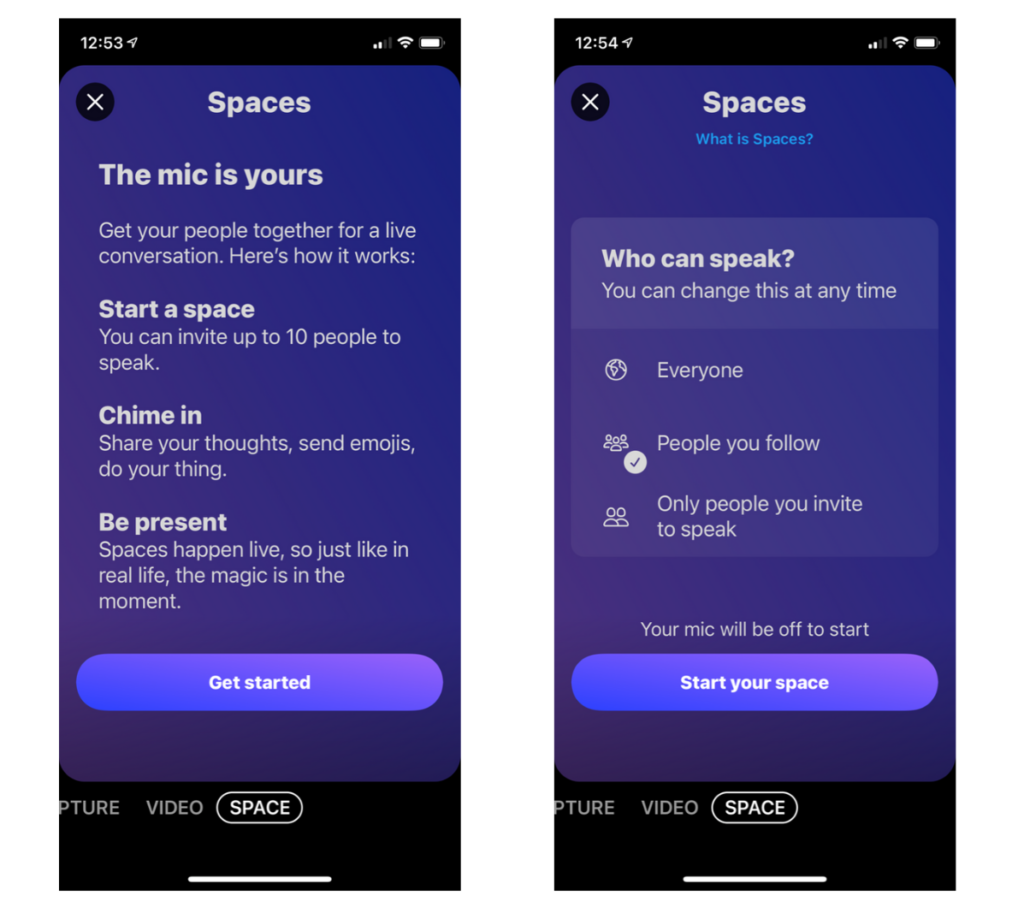 From there, you can invite up to 10 people to join you as speakers. You’ll also have the ability to choose who can join with speaking privileges (everyone, people you follow, or only people you invite to speak). This can be changed while you’re live. When you’re ready to get started, just tap “Start Your Space.” People will then be able to see your Space and join. Remember that Spaces are public, so anyone can tune in. 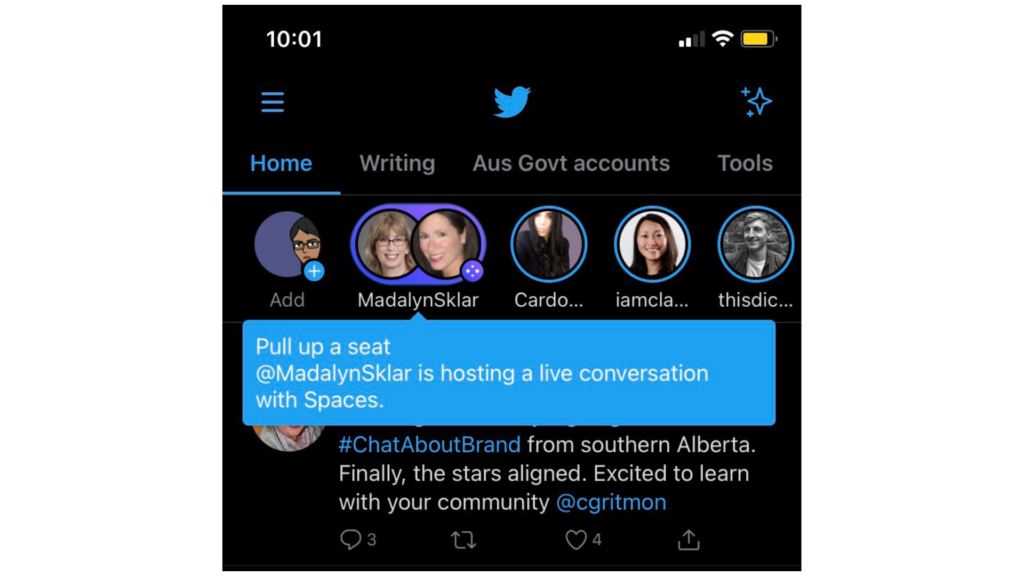 If You Want to Listen to a Room in Spaces

When you open the Twitter app, you will see Spaces in progress at the top of your Twitter feed. They will be located in the same spot where you find Fleets. You’ll know the difference because Twitter Spaces will have a purple ring around the speaker’s avatar, whereas Fleets uses a blue ring. If you see a room that you’d like to join, you simply need to tap on it and you’ll enter as a listener.

In my opinion, yes. It’s no secret that Twitter is my favorite social media platform, so I love that they’re expanding and adding new ways to connect with people and build a community. And I actually love this audio-only direction that Twitter and Clubhouse are going in. Audio content is something that will continue to gain popularity over time, so it’s worth taking advantage of.

One benefit to using Twitter Spaces over Clubhouse is that you’ve likely already built an audience on Twitter, so you aren’t starting from scratch to create a community. With Clubhouse, you’re starting at zero and it can be more challenging to gain exposure. Once Spaces becomes more widely accessible, this will really help attract people to the conversations you host, bringing in more speakers and listeners. 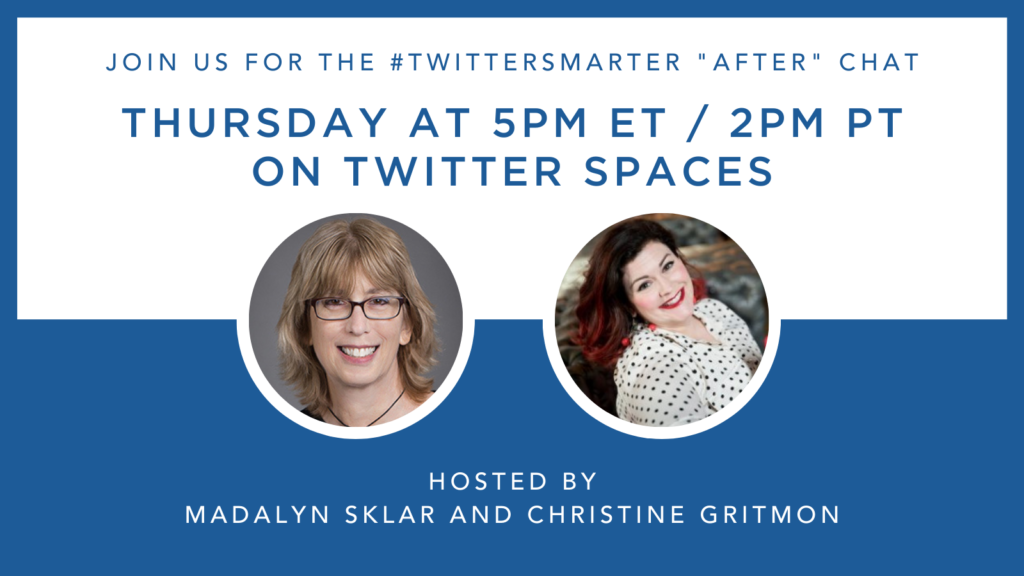