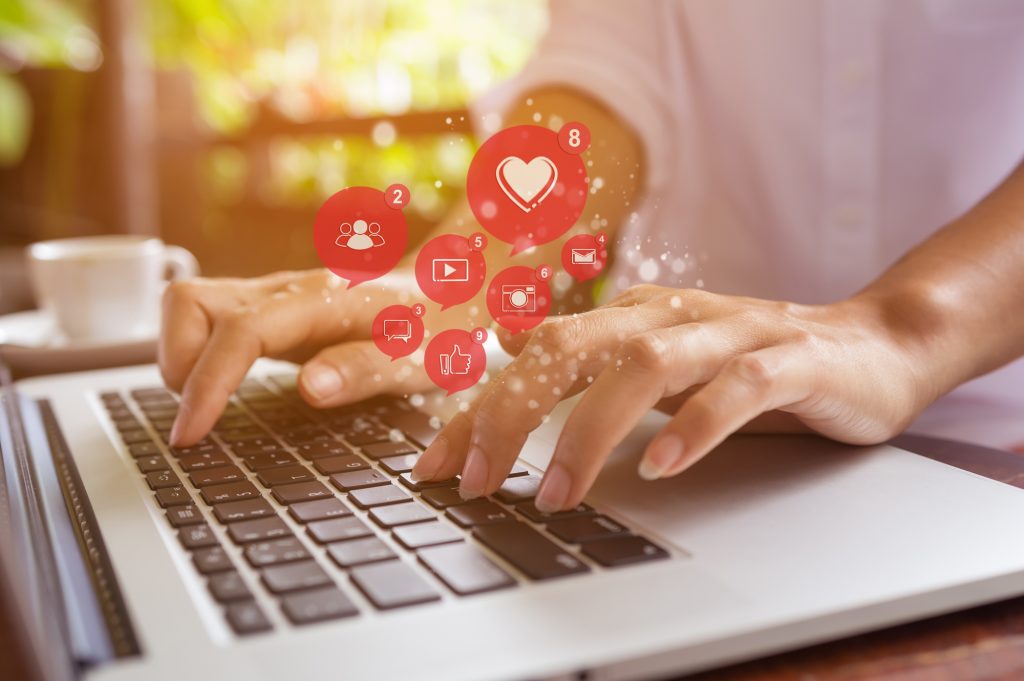 Because it’s pretty impossible to be on every social media platform these days (and do them well), we have to be strategic about where we invest our time and effort.

As a result, it has many people wondering if Twitter is worth using. Is Twitter still relevant?

Now, it should come as no surprise that my answer to those questions is 100% a YES. However, I want you to see the same value I see in this awesome platform by sharing the advantages of Twitter for any brands that have an online presence.

There are four main reasons I think brands should be taking Twitter seriously. So, if you’ve been on the fence about starting a Twitter account or pondering if you should start posting on yours again, hopefully this will help you decide.

1. The Stats Show Your Audience is Probably There

If you need some statistical proof that backs up the advantages of Twitter, my friends over at Hootsuite have shared some pretty impressive data. Turning 15 in 2021, Twitter is the 6th-ranked mobile app based on the number of monthly active users. And 68.7 million (or 19.4%) of Twitter’s users are located right here in the United States.

Here are some other important stats you’ll want to consider:

Part of choosing which social media platforms you’ll invest time and effort into is knowing where your audience spends the most time online. Does it sound like those you want to reach are spending their time on Twitter? If so, you’ll want to be there too.

Can you remember back in the day when Twitter was just about the tweets we posted to our profiles? Over the years, this platform has become so much more than that. No longer are we writing these 140-character tweets. Now, we have 280 characters to work with. We can add videos and GIFs. We even have Twitter Fleets and Twitter Spaces.

One of the advantages of Twitter is that we get to experiment with how we share content on the platform. If you love showing up on camera, you can publish short and sweet videos on your Twitter feed. You can even reply to people with a quick video instead of a written tweet. Or you might find yourself sharing tons of behind-the-scenes content to Fleets.

If you’re someone who loves to talk and sees the power in audio content, Spaces may soon become your go-to hangout. The point is, there are so many opportunities for us to get creative, share our voice with the world, and provide value to our communities. It’s all about finding what works for you and playing to your strengths.

3. The Networking is Incredible

What’s the point in being on social media if you aren’t actually going to take the initiative to connect with other people? Social media has made it easy to connect with people from all over the world, giving us exposure to different cultures and the wisdom of others.

Many of the amazing people in my online community discovered me through Twitter. It’s the platform that brought us together. And while you can absolutely make connections on any social media platform, there’s one thing that makes it easier on Twitter. Chats!

Hosting and/or joining Twitter chats is one of the biggest advantages of Twitter because they provide an easy, less-intimidating way to meet people. You never know when you’ll make a new friend or land your next client. Not only that, but they’re fantastic opportunities to learn and grow both personally and professionally.

4. You’ll Easily Discover What Everyone is Talking About

Did you know that 17% of Americans get their news from Twitter? I mean, think about it… The last time there was some sort of breaking news, which social media platform did you turn to first? There’s a good chance it may have been Twitter, even if you aren’t actively posting on your account there. Twitter’s trending topics make it easy to see what’s going on in the world and what everyone is discussing at the moment.

The benefit to this? The latest trends can influence your content creation within your business. They can help you better understand what’s important to your target audience. And by using Twitter’s Advanced Search, you can dig even deeper to find the conversations they’re having. Of course, that means more opportunities for you to engage and make those connections.

If you know your audience is active there, it’s worthwhile for you to be on Twitter. And even if they aren’t, you might just want to be there for fun and use Twitter personally. Because yes, this is still a relevant platform. And no, Twitter is most certainly not dead. Nor do I foresee it going anywhere anytime soon. It’s been around for a pretty long time, you know!

Twitter is only going to continue growing, especially with the addition of newer features like Fleets and Spaces. The key to making it work for you is figuring out how you can take your strengths and infuse them into your presence on the platform, whether it’s written content, videos, or audio. All of the opportunities are there. If you want to truly stand out on the platform, it’s time to start using it more consistently to share fun, valuable content.