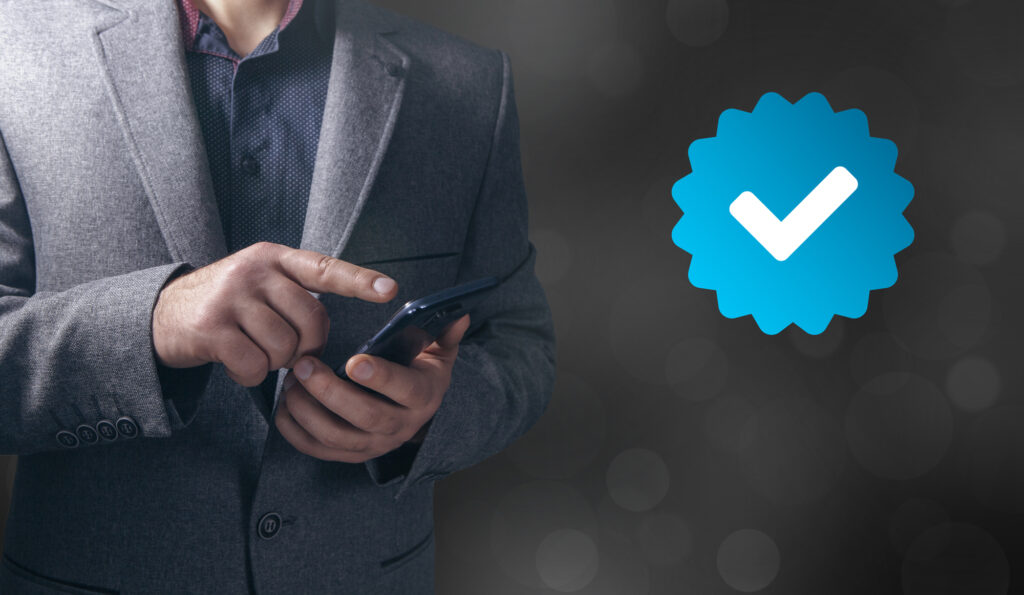 Although Twitter Blue was initially launched in June 2021, it’s been getting more buzz than ever lately. To monetize the platform after his acquisition was finalized, Elon Musk relaunched Twitter’s first-ever subscription offering. However, this time it came with one major, enticing feature: the all-important blue checkmark. Although, it hasn’t been without some drama with users taking advantage to create parody accounts.

Despite those initial bumps in the road, many brands and marketers are still intrigued by what Twitter Blue has to offer. Which begs the question… Is it worth the monthly subscription fee?

In this article, you’ll learn exactly what Twitter Blue offers and the pros and cons of signing up. This way, you’ll know whether it’s the right move for you as a Twitter user.

Thanks to some helpful feedback, it became clear there were features some of Twitter’s power users felt were missing from the platform. To address these concerns, Twitter launched Twitter Blue in June 2021. For a small monthly fee, users could pay to access exclusive features such as the ability to create bookmark folders and undo tweets. It also offered a way to eliminate clutter with a special “Reader Mode.”

Upon its introduction, Twitter Blue was only available in Australia and Canada. It has since expanded to the United States, New Zealand, and more recently the United Kingdom. It’s intended that this service will grow to reach more countries in the future. However, there’s no public timeline for this. If you live outside of one of the aforementioned countries, you’ll have to keep an eye out.

At this time, you can subscribe to Twitter Blue for $8 per month when you join via the desktop website. If you join via iOS, you’ll have to pay $11 per month. Why the price increase? Well, it’s to offset the 15% to 30% cut that Apple receives from subscriptions purchased via the App Store. So, if you want to save yourself a few bucks, be sure to sign up on the web.

Since its launch, some additional features have been added for those who sign up for a Twitter Blue subscription. However, the most notable is the one that was added after Elon Musk purchased the platform. He chose to give users the ability to purchase the coveted blue checkmark that represents a verified Twitter account.

Previously, this was something you had to apply for and be approved for. While there’s still an approval process, anyone can now make the move to verify their account. This feature alone is getting the attention of many brands using Twitter as it’s a way to differentiate themselves from imposters. However, now that every Twitter Blue user has the ability to receive this checkmark, it’s no longer going to be as coveted or as noticeable as it once was.

But Wait… There Are Now Multiple Checkmarks!

The blue checkmark you’ve grown to recognize now means two different things. It will now be used to represent accounts that were verified under the previous verification criteria, as well as those who are actively subscribed to Twitter Blue.

There’s also a Twitter Blue for Business being tested, which would be designed for corporate entities. Those who are subscribed to this service will receive a gold checkmark. This will represent an official Twitter account for a business.

Before you get too excited, there are some eligibility requirements you need to be aware of. Given the whole fiasco with the parody accounts after the initial launch, these requirements have likely been put in place to eliminate these issues in the future. However, it’s safe to say it won’t stop it entirely.

First, your account has to be more than 90 days old in order to sign up for Twitter Blue. So, you’ll want to keep that in mind and create your account early if you plan to join. When purchasing, you will also have to confirm your phone number.

Once you’ve subscribed, you will temporarily lose your checkmark should you change your profile photo, display name, or username. When a change to any of these things is made, your account will be reviewed and validated. You will not be able to make further changes during the review period. For this reason, it’s best to be sure about your account information before signing up.

So, Let’s Weigh the Pros and Cons

Now that you know what you’ll receive with a Twitter Blue subscription, you’re likely questioning whether it’s going to be worth the monthly cost. Here are some pros and cons of Twitter Blue to help you make an informed decision: