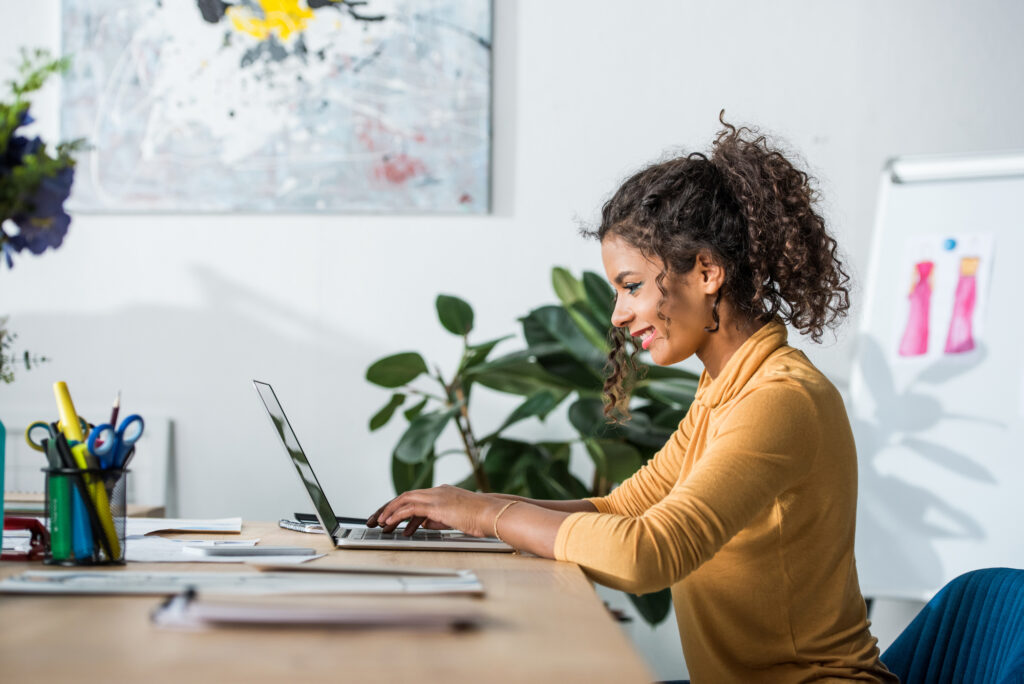 If you truly want to become a Twitter power user, you’ll want to take advantage of all the platform’s features. And one feature that I don’t hear people talking about enough is Twitter Circle. For those who are familiar with it and actively using it, awesome! But if you aren’t, you’re in the right place.

In this article, you’ll learn what Twitter Circle is and how to set it up in just a few simple steps. Plus, there are a few suggestions on how you can implement this feature as a marketer.

As a Twitter user, you have the option to have a public or private account. With a public account, anyone can view your tweets (even if they aren’t logged into Twitter). Tweets made by private accounts can only be seen by that account’s followers. This was really the only way to have some sense of privacy while using the platform in the past.

However, Twitter set out to change that in August 2022 with the introduction of Twitter Circle. This feature offers the ability to share your tweets with a smaller group of people. It’s essentially the same premise that Google+ offered during its run, however, you can only have one Circle instead of multiples. Kind of like your “Close Friends” list on Instagram Stories!

When sharing a tweet with those in your Twitter Circle, it can only be seen by those users. And only those users can reply to and interact with that tweet. It’s perfect when you want to share something privately or want to keep your thoughts between you and an exclusive group.

If you’re intrigued by this feature, you aren’t alone! It can offer quite a few benefits, particularly for those who tweet often. And luckily, Twitter Circle couldn’t be easier to use. The first step in getting started is setting up your one and only Twitter Circle.

Adding people to your Circle can be done via desktop or mobile, whichever you prefer. On the desktop site, you’ll find this option under “More” within the homepage navigation menu. When using the mobile app, you’ll see it directly on the main menu.

From there, you’ll be brought to a screen that shows anyone presently in your Circle. If it’s empty, you’ll see a screen that looks like the one below. However, you’ll notice that there’s also a tab that says “Recommended.” This is where you start building your Twitter Circle. 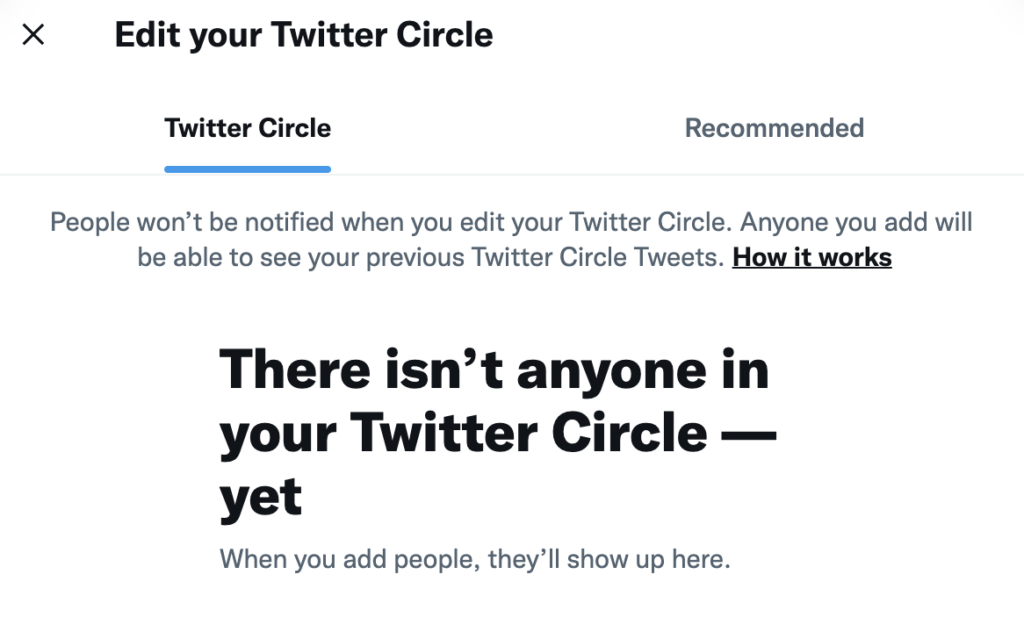 Your Circle can include up to 150 people and may be edited at any time. Users will not be notified when they’re added or removed from your Circle, so there’s no need to worry about that! Although, you’ll want to keep in mind that adding people to your Circle means they’ll be able to see all of your past Circle-only tweets as well, not just ones you post after they’ve been added.

Tweets can be shared exclusively with members of your Twitter Circle on both desktop and mobile. All you need to do is select the box to compose a tweet. At the top, you’ll notice one of two things. On the desktop site, there’s a dropdown menu that says “Everyone” by default. This is shown in the screenshot below. On mobile, it says “Public” instead of “Everyone.”

Now, you might be wondering how Twitter Circle can benefit you as a marketer. And that’s totally understandable! For most of us, we’re open books and our accounts are public for the world to see. So, here are a few ways you could take advantage of the Circle feature and share more private content:

When social media is your job, you may sometimes feel the need to have multiple accounts. There’s your professional account, which is public for anyone to follow. And then, you might create personal accounts that are strictly for friends and family. However, Twitter Circle eliminates the need to have two separate accounts on the platform.

If you’re all business on social media, then you might not feel the need to share such personal updates with a smaller group. Instead, you could use the Twitter Circle feature as a way to build your brand and your business. And you can do this by having people request to be added to your Circle. Since your Circle can only have up to 150 people, it’ll be first come, first served.

Then, you can share exclusive content with members. Think of it as a way to share tips and tricks that you don’t offer anywhere else. You could even hold Circle-only sales, giving people early access to new products and services or providing them with special discount codes.

3. Create a Community of Active Clients

Another fun idea would be to add all of your active clients who are on Twitter to your Circle. You could use this in the same way as the last tip, where you would share exclusive content and offers with them. It would be great for building relationships and fostering a strong sense of community with your current clients. As they’re phased out, you can discreetly remove them from the Circle to be replaced with newer clients.