Madalyn Sklar is a serial entrepreneur, community builder, and leading Twitter marketing expert. With 26 years of digital marketing experience and 17 years of social media marketing under her belt, it’s no surprise she’s been ranked the #1 Social Media Power Influencer in Houston. Each week Madalyn hosts the #TwitterSmarter Twitter chat that brings people together in an active one hour discussion revolving around Twitter marketing. Since launching seven years ago, it has reached over 15 billion impressions. Madalyn also hosts three weekly audio rooms in Twitter Spaces. And she interviews leading social media and marketing experts for her TwitterSmarter podcast and co-hosts the All Things Audio podcast with Suze Cooper. Huffington Post has named Madalyn one of 50 Women Entrepreneurs to follow. 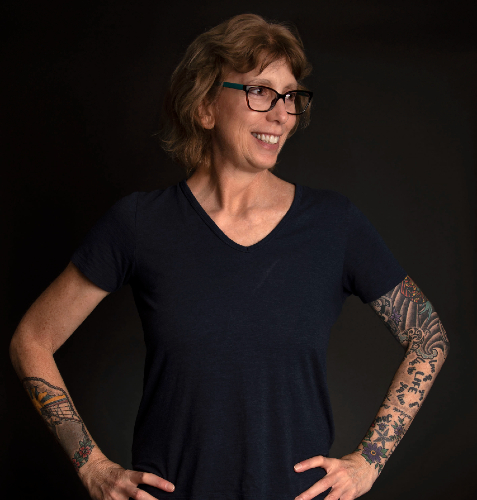 I am very passionate about one thing: teaching people how to achieve rockstar results with their social media, especially Twitter. And I inspire them to “Just Do It” (yes that’s a real tattoo!) and take action. I achieve this by developing strategies that work. My motto is “Work Smarter Not Harder.” I live by this and teach it to others every day.

In 1996 I founded GoGirlsMusic which grew into the oldest & largest online community of female musicians. I basically started a social network before we knew what that was.

Also in 1996, I became one of the first web designers in Houston, TX, launching Cybersites Web Design. My mission was helping businesses big and small dive into the dot com world. I later changed the company name to Orbit Web Design.

Digital marketing has been my forte for over two decades. I was blogging before it was cool in 2000. I live tweeted at a large conference in 2008 before most people had heard of Twitter. And fast forward to today, I host a large Twitter chat where each week we share valuable tips and advice.

After spending 11 years as a web designer, I became a full-time business coach and consultant while running my GoGirlsMusic community.

As social media was developing, I fell in love with it and in 2005 I was managing a variety of client accounts and started teaching people how to use it. It was the start of a new digital agency, Social Networks for Musicians. A few years later I transitioned to branding the agency as my name, Madalyn Sklar, and became well known as a Social Media Coach, Consultant, and Strategist.

In 2011 I started #ggchat, a vibrant Twitter chat for my GoGirlsMusic community. It quickly grew into the largest group of indie musicians and music business professionals on the platform, generating over 115K tweets a year. 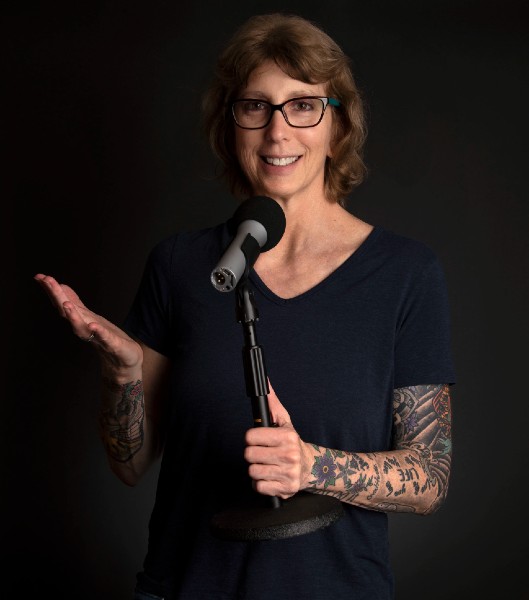 In June 2015 I launched the #TwitterSmarter Podcast. It’s a podcast where I interview amazing movers and shakers in the world of social media and online marketing. I ask them one simple question: “What are your best Twitter tips?” It then turns into a great discussion that is filled with actionable tips, advice, and helpful resources. It has been listened to in 117 countries!

Due to the podcast’s popularity, it prompted me to start the weekly #TwitterSmarter Twitter chat. It has a reach of ten million people each week during the chat. It’s a captive audience looking to connect, learn, and share Twitter tips. I host it every Thursday at 1pm ET. 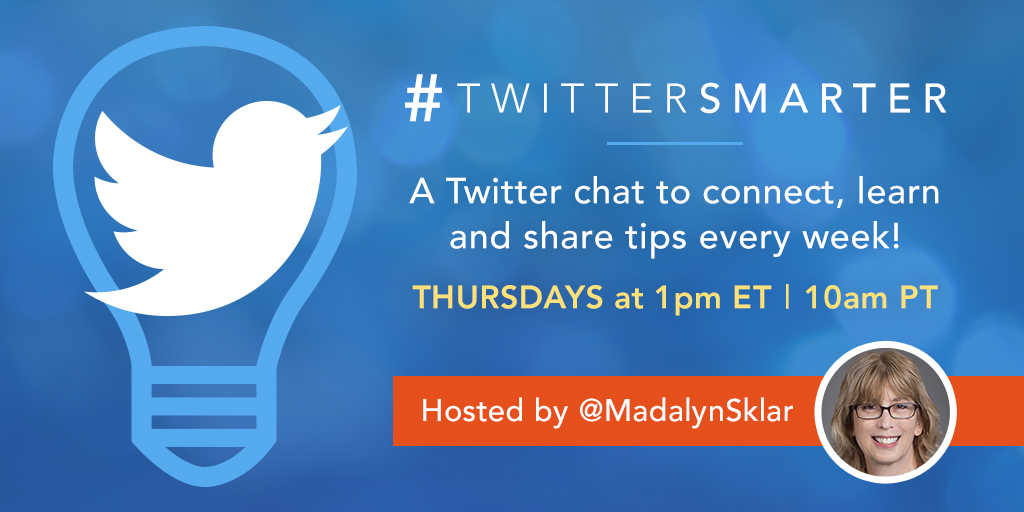 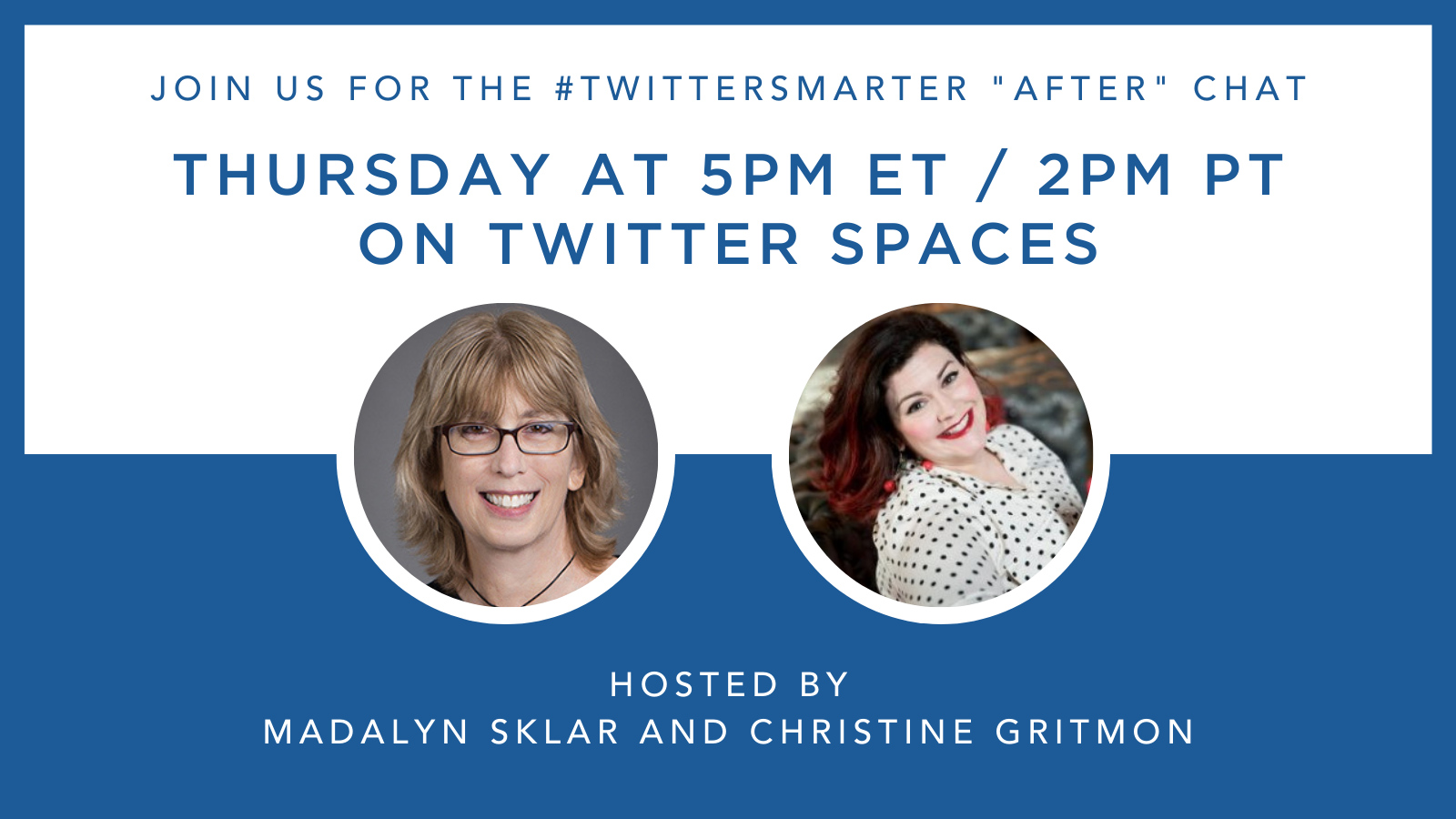 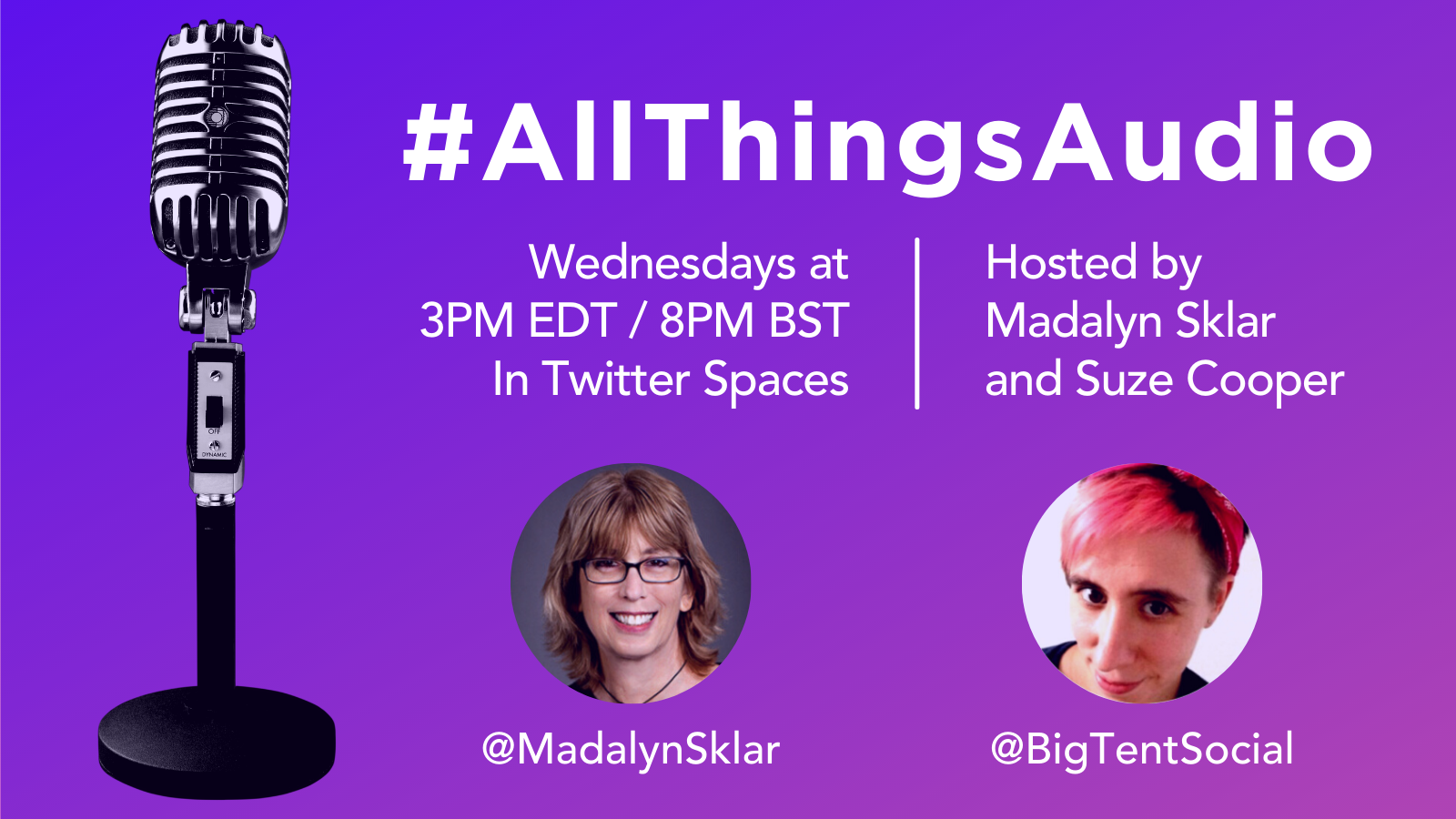 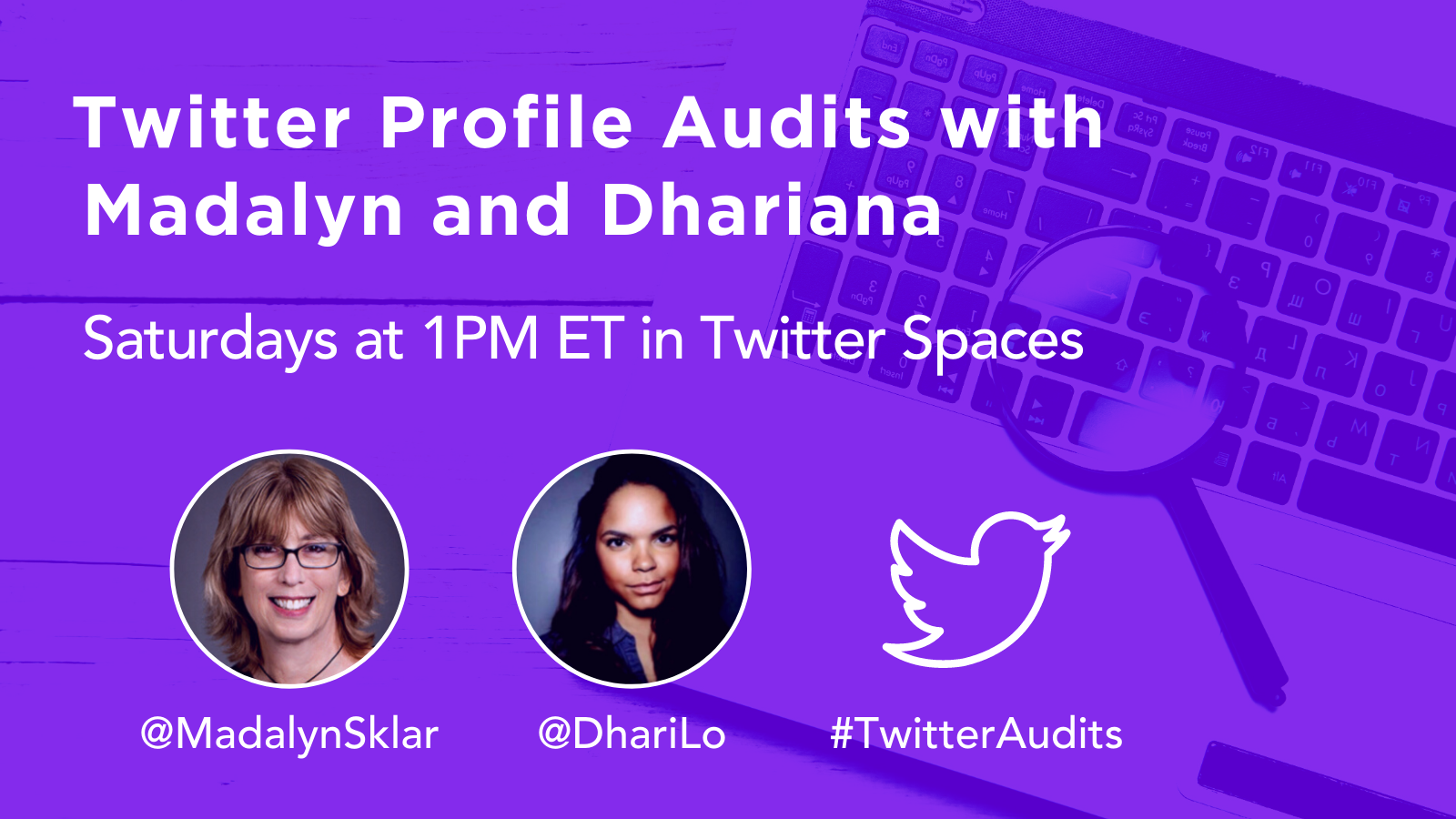 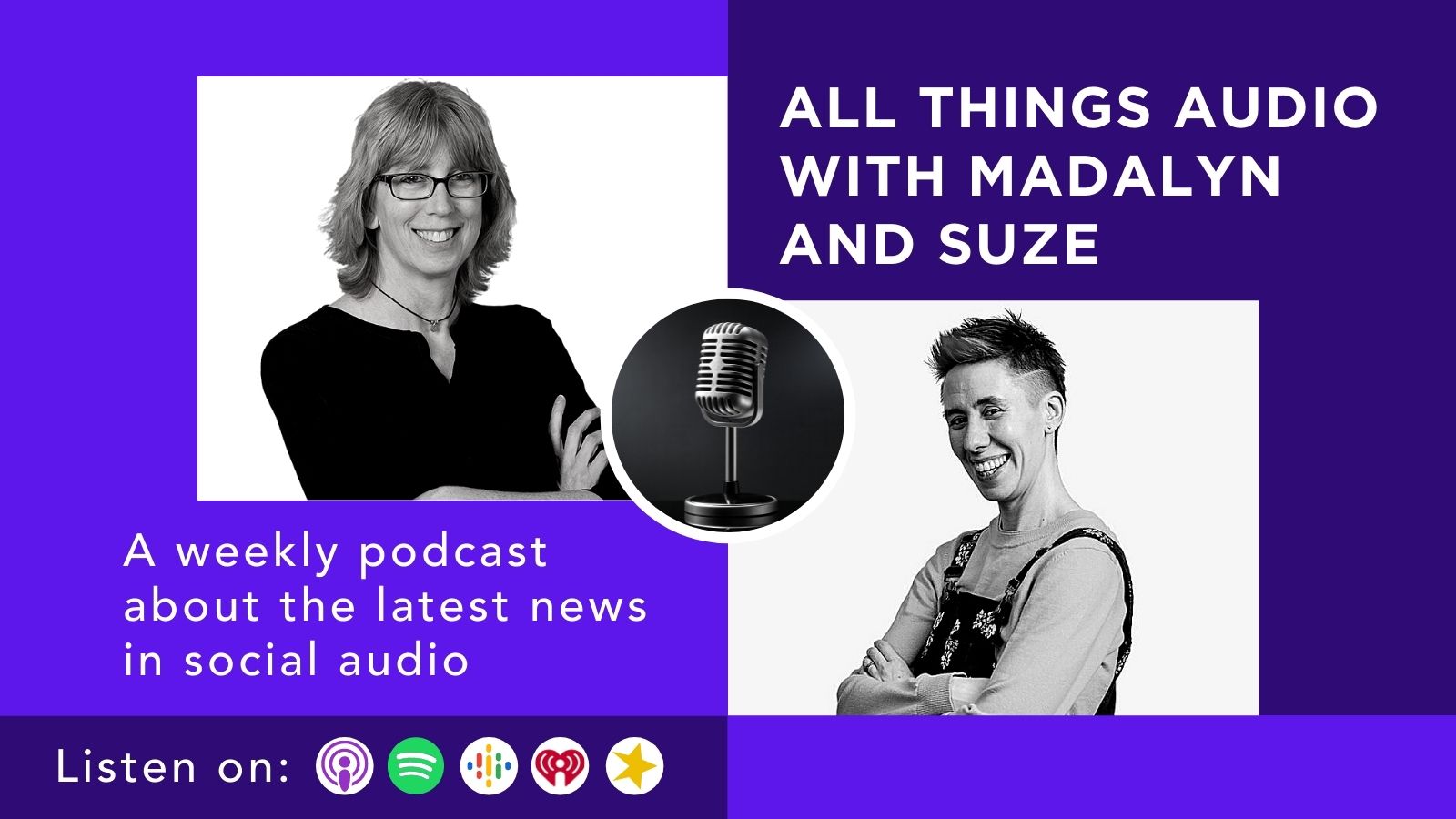 Tune in weekly for the latest news in social audio. 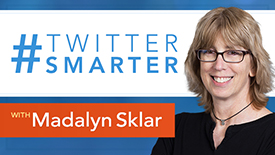 Learn all about how to build a tribe of raving fans. 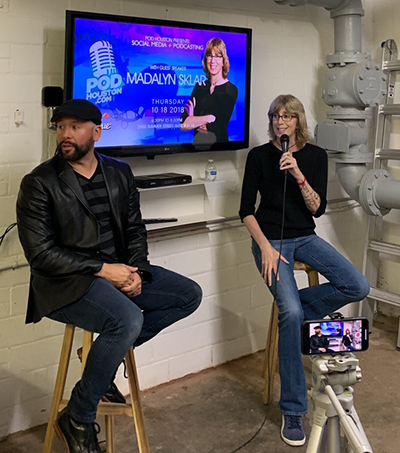 I have been the featured guest at lots of conferences and events as well as podcasts and Twitter chats. Most times I’m sharing my insights on the power of using Twitter.

Some of my favorite in-person events I’ve spoken at:

Some of my favorite Twitter chats I’ve been a guest on:

Some of my favorite podcasts I’ve been a guest on: